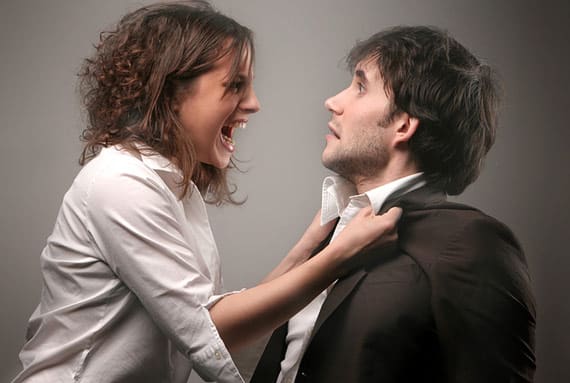 I write today in response to an article published by Eleanor Stanford in the March 26, 2016 edition of The New York Times.  The title is self-explanatory – “13 Questions to Ask Before Marriage”. I’ll include her thirteen questions at the end of this piece, but each of the thirteen inspired many, many more questions, which lead in time to the mother of all questions:

What are the rules?

In the course of a lifetime we internalize rules about every area of human behavior, rules that are so profoundly part of our understanding of the universe that we have no idea how firmly they drive our choices and attitudes.  The questions Stanford asks identify some of the significant issues of disagreement in a marriage or partnership, but there are many, many which may never be articulated because they are invisible to us.

Here’s the start of an imagined ordinary day’s rules:

Be quiet.  Don’t wake Mom.  Make the bed.  Really, make the bed.  Don’t leave the bathroom door open when using the bathroom.  Don’t leave towels on the floor.  Don’t squeeze the toothpaste from the middle of the tube.  Don’t leave toothpaste and other sedimentary substances in the sink.  Don’t come to breakfast without having dressed. Don’t wear the same shirt twice. Don’t wash jeans.  Ever.  Don’t leave nothing but cereal dust and raisins in the box.  Don’t use the smaller pan to make oatmeal.  Don’t use the new pan to make French Toast.  Don’t use the real Vermont Maple Syrup with French Toast unless it is a holiday.  Don’t use Mom’s special mug for tea or coffee; it’s ok with milk and water.  Don’t put banana peels in the compost bin.  Don’t leave a plate in the sink unless it has been rinsed.  Don’t put bananas in the fridge.  Don’t forget to put pears in the fridge.  Never use brown sugar on anything but oatmeal.  Don’t eat Dad’s yoghurt.

… and so on …  and that’s just the first ten minutes of the day.  This rule thing now appears far more unmanageable than we had thought.  It turns out that the only way we can see the rules is to work backward from the effect the rules have on us.  One of the gifts of my declining years is that I more frequently catch myself being myself.

We had arrived home from the airport after a trip, collected the mail that had piled up in our absence, and walked into our house.  My wife, being normal, opened a letter from a friend.  I bristled.

What was I bristling about?  I was bristling because the rule is you don’t get to look at mail, much less open it, until all bags have been unpacked, clothes put away or stuffed in the washing machine, coats hung up, suitcases returned to suitcase storage, any spoiled food taken from the fridge and chucked, and all food preparation surfaces cleaned and dried.

Apparently I was alone in understanding the rules imposed by an unyielding universe.  Or, it might have been possible that I was operating with a trillion undocumented rules in my head all the time.  In the moment, I realized that the rule book was out and in play, and that it was my own absurd set of rules, and that there was no reason to believe that anyone else should operate in obedience to my goofy rules, and that it was even more absurd for me to be bristly about a condition I had created entirely in my own mind.

Opening the door after a vacation is ordinarily an insignificant moment in the life of a couple, but, had I not tumbled to the effect the unarticulated and entirely imagined rules was having on my emotions, it is likely that I might have moved from bristly to cranky, and then to aggrieved.  And that’s not a pretty picture.  More dangerous than the ugliness of my petulance however, would be that I might take it to be a “fact” that my wife was thwarting me and ignoring the rules with full knowledge that her actions would injure me.

I’ll gladly admit that I must have gone down the petulant tube dozens, ok, thousands, of times in the years prior to this sudden burst of self-awareness.  I will more reluctantly admit that it still happens.  But, I have a tool now that I did not possess before the skies parted and reason returned.  Not always, but frequently, I can look at myself sliding into the first stages of grievance or resentment and ask myself what rule I think is being broken.  Basically, I sharpen the focus on my own thinking now aware that I can’t be trusted with ill-considered feelings.

So, what does this working backwards focus look like?

Let’s say I’m working in the kitchen.  I’m up to my elbows in dinner prep, hands covered with tomato sauce.  I’m standing to the right of the sink using a cutting board.  I’m standing in front of the drawer that holds the silverware we use on a daily basis.  I’ll drop into rules for a moment, just to illustrate how a tortured mind operates – these are the RIGHT knives and forks to use; any other knives and forks are just wrong.  Let’s say an innocent strays into the kitchen looking for a fork with which to eat a snack taken from the fridge.  Let’s also say that my same absolutely invisible set of rules insist that nobody eats snacks before the dinner I’m preparing, so there’s that, and then … this perfectly decent human being takes a fork from the drawer to the left of the sink, the drawer that holds the “B” list forks, the jv forks, the supplementary forks, might I suggest, the WRONG forks.

What’s a guy to do?  Two rules broken simultaneously.  Feel the bristle.  Feed the bristle. Then, I pause.  I say to myself, “I’m bristling.  This is not good.  What am I bristling about?”

That’s all it takes.  As soon as I identify my response to rules that I cannot defend, I cannot defend them.  I’m just a stooge trying to control the universe to no good purpose.  Time to let it go.  I finish up in the kitchen.  Nobody’s taken to task.  No apologies to make or fences to mend.

That said, it probably would be a good idea for prospective partners to take a quick romp through the questions Stanford provides, remembering that there are always those pesky invisible rules hiding right behind the discussions to follow.  Are these a sacrosanct thirteen, equally significant in the married lives of couples from every quarter and of every disposition?  Probably not, but they may kick up enough pre-nuptial dust to lower the chances of a marriage imploding within hours of the celebratory hooplah.

Did your family throw plates, calmly discuss issues, or silently shut down when  disagreements arose?

Will we have children, and if we do, will you change diapers?

Will our experience with our exes help or hinder us?

Is my debt your debt?   Would you be willing to bail me out?

What’s the most you would be willing to spend on a car, a couch, shoes?

Can you deal with my doing things without you?

How important is sex to you?

How far should we take flirting with other people?

What do you admire about me and what are your pet peeves?

How do you see us ten years from now?

One thought on “The Rules”