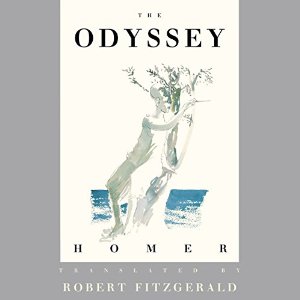 A few days ago I bought Volume A of The Norton Anthology of World Literature for a dollar at a local thrift store.  I was probably looking for a canvas golf bag or a Hawaiian shirt, but stumbled upon Volume A, sat down, and started to read.

Volume A starts at the beginning, 1350 B.C.E., with The Great Hymn to the Aten, a hieroglyphic tribute to the sun-god.  The Babylonian Creation Myth brings the account of the god, Marduk, the creator god, who builds the world from the body of Tiamat.  From chaos and ocean, Babylon comes into being, but, before Tiamat is defeated by Marduk, she creates monsters, including the first dragons, whose veins are filled with poison rather than blood.  Hesiod in the late eighth century, B.C.E. recounts the birth of the Olympian gods and the encounters of mortals unfortunate enough to cross their paths – Prometheus and Pandora, among others. Out of chronological order, the anthology introduces, The Epic of Gilgamesh, Lucretius, the Epicurean Roman poet, and Genesis 1-4.

Dipping into literature at that distance from our contemporary imaginings is a daunting task.  How do we hear translations that can but imperfectly express notions that were subtle and nuanced in their time?  The cultural importance of the documents is incalculable, but the impact of language is muffled.

All of which is to say that against all odds, the first lines of the Iliad and the Odyssey knock me sideways each time I read them.  Norton has chosen translations by Stanley Lombardo, a translation I had quickly discounted when I met it in its truncated form in a condensed version of the Odyssey.  I am delighted to find that I judged Lombardo too quickly.

My first Iliad was the Lattimore translation, “Sing Goddess, the anger of Peleus’ son, Achilles, and its devastation…”.  I liked it fine, at age 13, especially as I had devoured Edith Hamilton’s Mythology at 11 and 12.  I read Bullfinch later, but Hamilton’s tales of the gods still amuses me.  “The Greeks did not believe the gods created the universe.  it was the other way about:  the universe created the gods.”  Over the years, I taught the Odyssey to sophomores, hoping they might find what I had found (and still find) in the epic.  I started with Lattimore, then fell in love with Robert Fitzgerald’s translation.  Colleagues touted Lombardo, Graves, and Fagles, and each had its own music, but it is Fitzgerald’s voice that I hear most clearly.

W.H.D. Rouse – “Tell me, O Muse, of the man of many devices who wandered full many ways after he had sacked the sacred citadel of Troy.”

Richard Lattimore – “Speak to me, Muse, of the adventurous man who wandered long after he sacked the sacred citadel of Troy.”

Robert Fagles – “Sing to me of the man, Muse, the man of twists and turns … driven time and again off course, once he had plundered the hallowed heights of Troy.”

Stanley Lombardo – “Speak, Memory – Of the cunning hero, blow off course time and again – After he plundered Troy’s Sacred Heights.”

Robert Fitzgerald – “Sing in me, Muse, and through me tell the story of that man skilled in all ways of contending, the wanderer, harried for years on end, after he plundered the stronghold on the proud heights of Troy.”

“…that man skilled in all ways of contending”.

It isn’t easy to present Odysseus as a hero to tenth graders, mildly skeptical and keen to see flaws in those presented as paragons.  This is one hero with more than a few flaws; he spends years in amorous dalliance with goddesses and demi-goddesses, spins false tales, manipulates, humiliates, and gives grievous injury to a disabled foe, loses the entire company of men who set out with him from the proud heights of Troy.  In one of the great action sequences in all literature,  Odysseus (with the help of his son, Telemakos) piles bodies of the men who had hoped to win his waiting wife, Penelope, to the rafters of the great room of his manor.  Two of the suitors, Antinoos and Eurymakhos,  have been particularly crass, plotting the death of Telemakos as well as the supplanting of Odysseus in his own bed. Antinoos is the first to die.

“Odysseus’ arrow hit him under the chin

and punched up to the feathers through his throat.

Backward and down he went, letting his winecup fall

from his shocked hand.  Like pipes his nostrils jetted

and one last kick upset his table,

knocking the bread and meat to soak in dusty blood.”

So, not entirely moderate as heroes go, but you have to admit the Fitzgerald translation certainly catches the attention of 10th graders accustomed to the Tarantino moment.  I read the Odyssey every year, a habit that persists into my retirement from teaching.  I am a creature of habit to be sure, but I think there is something about Odysseus’ journey in particular that seeks my attention again and again.

The epic has many of the elements of the monomyth, the hero’s journey.  Like Frodo, or Dorothy, or Theseus, Odysseus is called to an adventure he would rather not undertake.  This is one hero who goes to great lengths to duck the call, and with good reason.  As the fleet arrives in Ithaca intending to conscript him into the alliance of Achean kings under Agememnon,  Odysseus has just celebrated the birth of his son, Telemakos (Telemachus).  And I mean just.  To make matters worse, Agememnon has called together the Achean forces in an attempt to wrest Helen from Troy.  The circumstances under which Helen changed her address from Sparta to Troy are fuzzy and were unclear at the time.  Was she seduced?  Captured?  Bewitched?  Helen gets a  few lines in The Odyssey to explain the issue as she meets Telemakos on his own journey.  Describing the fall of Troy, Helen tosses in a quiet apology to Menelaos describing the last days of her life as a kept woman:

“The Trojan women raised a cry – but my heart

sang – for I had come round, long before,

to dreams of sailing home, and I repented the mad day Aphrodite

drew me away from my dear fatherland,

a man without defect in form or mind.”

Aphrodite made me do it?  This was probably not the last time she had to offer up that excuse.  In any case, defection/abduction/witchcraft took her to Troy and all the king’s men were obliged to pack up for an extended (ten-year) campaign, and Odysseus was not able to come up with an effective scheme to keep him at home.

The Odyssey does not open with an account of Odysseus’s heroism but with the gradual transformation of Telemakos from lapdog to grown man capable of helping his father recover the kingdom.  He knows Odysseus by reputation but has been raised by his mother and nursemaids.  At the end of the first four books, we meet Odysseus for the first time, holding in mind the effect that his absence has had on his son, his wife, his mother, and his kingdom.  Although very curious and celebrated encounter  (Kyklops, Kirke, the sirens, Skylla and Kharybdis, the descent into Hades) seem to be significant as stirring adventure, their true purpose is to prevent Odysseus from returning to his home and taking up his life.  It is in the journey that he experiences captivity and has to walk through the darkness of the spirit.  The journey changes him, has to change him, so that he can carry something of value back to the world he will reenter.

After almost twenty years of exile, Odysseus washes up on the shores of Skheria Island, a seafaring kingdom from which he might finally reach the end of his journey.  He does not arrive with pomp and ceremony; he is tossed from the sea and left exhausted, naked and asleep, covered by branches.  A remarkable young princess, Nausikaa, has been moved by a dream to prepare for the suitors who must soon come to call.  She gathers her handmaidens and the clothing to be washed  and finds herself at the inlet where Odysseus is sleeping.

This creates a problem.

Actually, the situation is even more problematic than a contemporary reader might imagine.  The protocol of the day called upon Odysseus to approach the princess, fall to the ground, and hug her knees, an awkward encounter given Odysseus’ unkempt appearance and lack of clothing.  Here’s how the Fitzgerald translation describes the man who would spring from the bushes:

“He pushed aside the branches, breaking off

within his great hand a single branch of olive,

with burning eyes – who prowls among the herds

or flocks, or after game, his hungry belly

taking him near stout homesteads for his prey.

Odysseus had this look, in his rough skin

advancing on the girls with pretty braids;

and he was driven on by hunger too.

Streaked with brine, and swollen, he terrified them,

so that they fled, this way and that.

Only Alkinoos’ daughter stood her ground, being given

a bold heart by Athena and steady knees.”

In this moment, with the stakes as high as they could be, all of Odysseus’ practiced skills were useless.  This warrior, king, crafty adventurer has but a moment to size up the situation, correctly guess that this brave girl could be the one person able to help him finally get home, and decide how to engage her without frightening her.

He does not throw his briny, swollen, mountain lion carcass at her knees, but remaining covered offers this salutation:

“Mistress: please: are you divine or mortal?

If one of those who dwell in the wide heaven,

you are most near to Artemis, I should say -”

Yes, he is clever in suggesting that she is most similar to Artemis, goddess of the hunt and chastity; he removes any physical threat.   The change of tone, however, arrives as he intuits all that Nausikaa feels, not to manipulate her, but to honor her.  There is gentle empathy in Odysseus’ greeting; he takes responsibility for making sure she is safe.  This is the language of kindness.

In The Odyssey: A Modern Sequel Nikos Kazantzakis takes the tale into the years after the return to Ithaka.  Kazantzakis pulls Odysseus from his life as father, husband, and king and sends him on a spiritual quest that allows him to meet figures representing the Buddha, Don Quixote, and Jesus.  In the end, Odysseus is killed by an iceberg in Antarctica.  I mention A Modern Sequel only to note that in that work, Telemakos and Nausicaa are wed, an arrangement that always springs to mind as I observe the fondness and respect with which Odysseus treats her.   For Kazantzakis, struggle is more significant than arrival, but Homer’s Odysseus is a man who has struggled too long.

Despite the satisfactory pay-back that takes place in Book XXII, what Fitzgerald terms, “Death in the Great Hall,” Odysseus’ final test is in recovering his marriage, giving what he can to a son who has grown up fatherless, and in trading his skill in contention for wisdom in order to bring peace to his kingdom.

I think of the veterans I have known who have returned home damaged and disabled.  Their terrible journey did not end when they put on civilian clothes; they were at the start of the next set of trials and dangers.  Some were caught, trapped; some fell into the mouth of the whirlpool.  In calling Odysseus a hero, with all his failings, I honor those who, against very long odds, manage to find their way home, and I honor Homer (and his translator Robert Fitzgerald) for allowing me to see heroes emerge.