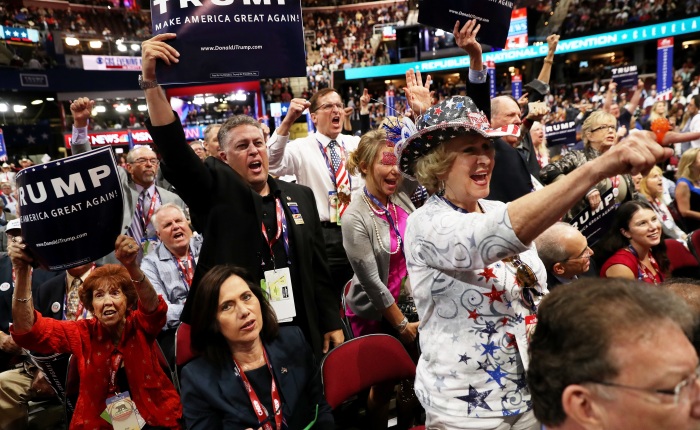 I’m worried about three issues that will not be resolved at the polls in less than a month.

Vladimir Putin’s Russia is dangerous, actively aggressive in asserting itself as a super power.  The move into the Crimean Peninsula and the arming of separitist forces in Ukraine are the least of our worries.  Russia counts on disaster in the Middle East to send millions of refugees into Europe, creating havoc and reactionary backlash.  Russia’s support of the Syrian government serves its own regional interests, but also pits Kurdish separtists against Turkey, driving a wedge between the US and Turkey and between Turkey and NATO.  The cyber attacks directed by Russian intelligence are intended to destroy American confidence in the process by which power is transferred; their hope is to further unsettle the nation’s ability to function.

Hate Radio, Breitbart, and Fox News have convinced a significant number of people that they have been abused, lied to, cheated, and victimized by government.  President Obama and Hillary Clinton are not simply at odds with principles the hosts present; they are personally responsible for every shortcoming a listener has experienced in the course of a lifetime.  Rather than describe the complexity of global economics, financial chicanery, sectarian revolution, health care, or national security, they have personalized and demonized the Democratic Party, the President, and Hillary Clinton.  Trump’s continuing warnings that a Clinton administration means the end of the Second Amendment is both untrue and incendiary; background checks on gunshow and on-line purchases will not take anyone’s guns away, but the spectre of gun legislation is more than enough to start frenzied reaction.  And that reaction includes the elimination of the Democratic candidate.

These two strands would be more than enough to make the aftermath of election truly dangerous.  Events in recent days, however, have added the third accellerant with the Breitbart/Trump charge that the election is rigged, Hillary Clinton a criminal protected by the Justice Department, and the polling places subject to corruption, leading to the increasingly audible call for  violent response to the outcome of the election, should Donald Trump not be elected.  The responses from the Trump faithful in the wake of scandal and the defection of a number of Republicans has been to assure that they will not stand for a Clinton presidency.  Trump likes to call his candidacy a great movement, but his supporters increasingly speak of revolution, doing what is necessary to take their country back.

The signs have been in place all along.

Back in April I wrote a piece entitled, Can We Survive The Trump Candidacy?, essentially observing that the success of his campaign was dependent on forces that once unleashed would be difficult to restrain.

Trump’s candidacy is unfortunate; he is a narcissist, a philistine, a vandal, and thoroughly unqualified for the position he seeks.  His candidacy is a  reckless act of egomaniacal puffery and vitriolic conceit.  All of which would be more than enough enough to cause me to weep, but it is the gleeful dark spirit with which his acolytes preach tribal retribution that saddens me most profoundly.

We are no strangers to meanness of spirit, and other nasty episodes have resolved themselves at some cost, but this moment may signal the sorts of fissures that cause societies to break apart.

In June I posted Are Our Similarities More Important Than Our Difference? , in this case observing that the promise of compromise, already a casualty of partisan politics in government, was vanishing in what could truly become a fractured republic.

At some point, fissures become fractures.  The contempt that each set of contenders feels for the others leaves little room for compromise or cooperation.  We’ve already seen the administration of the essential functions of government paralyzed as partisan battles take precedence over efficacy; it may be that even at this juncture, too many people have been too wounded to work shoulder to shoulder with the other.  At some point, the complexity of ordering a thoroughly intricate global structure predicts plutocracy at best and tyranny and kleptocracy at worst.  Nasty racial and ethnic bullying and nativist thuggery are distractions, momentary emotional release, but the fabric of civility, once torn, is not easy to patch up again.

In August, in response to Trump’s suggestion that protectors of the Second Amendment might think of a way to prevent a Clinton appointment of a Supreme Court Justice, i wrote an article entitled, Trump Camp Warns Of Bloodbath.

What’s left to say as the poll numbers continue to slide, and the reality of imminent defeat become increasingly likely?  How about asserting that the only proper response to an election Trump factions consider illegitimate is civil disobedience and the recognition that the government no longer has the ability to maintain the rule of law?

“The election of the winner will be illegitimate, we will have a constitutional crisis, widespread civil disobedience, and the government will no longer be the government.”

That remark and some of the nastiest suggestions are coming from Roger Stone, a professional disrupter of political civility and increasingly a voice Trump hears clearly.

What seemed unthinkable in August, “the government will no longer be the government” strikes me as a possibility now.

I saw a clip of Al Gore’s concession speech last night.  The circumstances surrounding that election were remarkable; the case had to be brought to the Supreme Court to determine that George W. Bush had won in a race possibly affected by Ralph Nader’s third party candidacy.

In spite of it all, Gore was gracious and generous in conceding.  Donald Trump will be niether.

Last month I wrote with some heat, hoping that I might be waxing hyperbolic; let’s see how this looks in about 28 days.

…but none of that has anything to do with the climate of free-form ugliness of spirit and provocation to violence that Trump’s campaign will unleash.

Unleash is the right term.  He has created a beast, hungry for vindication and unwilling to return to a polite resumption of business as usual.  We have reason to fear that the outcry will not simply be frustrated rhetoric, but a call to violence.  This losing candidate just may cry havoc and let slip the dogs of war!