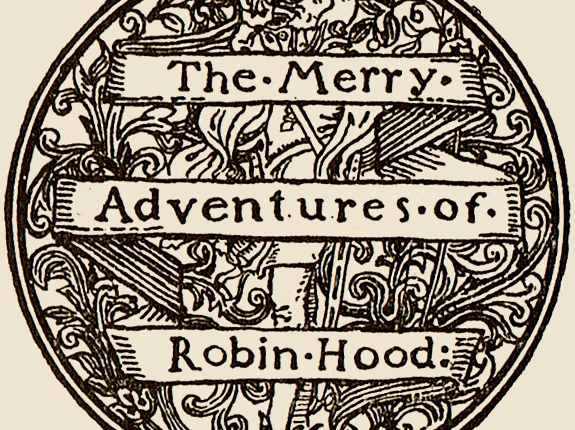 It happens that I’ve been thinking quite a lot about children’s literature for the past few days.  My favorite conversations often begin with discussion of shared books, and memories of books beloved in childhood equally animate an exchange with old friends or new acquaintances, and, the remembering seems to elicit other sensory moments, forgotten, now recovered.

It occurs to me now that the first awareness I had of thought, of mentation not attached to some immediate response, came as I tried to puzzle out the relationship between letters, symbols, and the ideas they portrayed.  We really are asking an awful lot of children as we expect them to take the mastery of their language, perhaps the most daunting and important cerebral task they will ever undertake, a complex and subtle figurative construct in its own right, acquired only recently and still not completely mastered, (unless your four-year old can handle the subjunctive mood) and apply it to simultaneous symbolic translation.  Shoot!   When I look at it that way, I feel pretty darned good about the progress I made through the first two grades.  Reading is mildly miraculous; no wonder I’m so attached to books.  Of course, I have sentimental attachment to the first books I read on my own, books such as Bobby Had A Nickel, a primer in financial planning, perhaps not the most arresting of tales, and yet …

I’ve forgotten what his other choice was, probably because the ice cream cone seemed the obvious investment to me.  What comes to mind is, “… should he buy an igloo or an ice cream cone”, which scans but seems unlikely.  In any case, the mystery remains alive as a cognitive triumph I failed to celebrate at the time.

The gradations of children’s literature today appear to be more finely stratified than those in my day, if, in fact, there were any gradations.  Somewhere after Babar and Celeste faced the machinations of Rataxes the Rhino, I found the 500 Hats of Bartholomew Cubbins, Stuart Little, the Oz books, Little Women, then Robin Hood.  By the age of ten, I was reading indiscriminately, hopping from Smokey the Cow Horse, written and illustrated by Will James, to Robert Heinlein’s Farmer in the Sky, which had been serialized in Boys’ Life Magazine.

I should probably be grateful that I came of age before the young adult novel was a genre.  There were books in which children came of age, of course, but they tended to move along,  concentrating on immediate issues to be handled and zipping right past awkward adolescent angst and self-absorption, on to whatever became of narrators who survived the end of childhood.  I suppose Great Expectations would be considered a Young Adult book if Dickens was pumping classics out on a weekly basis these days in his Zine.  Huck Finn?  Kidnapped?  The Count of Monte Cristo?  All of which would make sense as I am told by those who elect not to publish writers such as … never mind …  that the only profitable market is in  YA literature, which is no longer a genre but an empire of genres, directed at consumers between the ages of ten and twenty-four.

To return to this morning’s reflection, in addition to books deemed “classics”, such as Huckleberry Finn and Oliver Twist, there were some books commonly presented to children that were oddly not really for children at all; they seem to have been written in the expectation that adults would find it wryly amusing that their children had walked through a looking-glass into some fairly disturbing settings.  Alice in Wonderland, for example, is a darkish fantasy, an allegory, a puzzling adventure in logical reasoning, and a true example of literary nonsense.  It was clear that I was supposed to find it charming, but as a child, I found logical nonsense nonsensical; I was not amused.  I was expected to read it so I read it, but I felt put upon and badly used.

And so we come to Eloise, essentially a picture book, written by Kay Thompson, illustrated by Hilary Knight.  The original book was subtitled, A Book for Precocious Grown-Ups, intended, I suppose, to amuse adults who immediately passed the book to children, presenting them with a model of precociousness that was simultaneously an unatainable fantasy for any child not living a life of grotesquely advantaged financial circumstance and a terrifying nightmare for any child recognizing abandonment, no matter how deliciously precocious Eloise’s language, or how stylishly pink and black the decor, or how cute the turtle.

Lots of children did, seeing Eloise as a strong, resourceful, empowered girl, making more than the best of her situation, claiming her power.

So, abandonment issues obviously driving the bus, I shoved Eloise aside and picked up The Merry Adventures of Robin Hood of Great Renown in Nottinghamshire, written and illustrated by Howard Pyle.  It was a bubbling good read for a boy of twelve, and I remain very fond of Pyle’s illustrations.  Why Pyle added an epilogue to the book in which Robin is dispatched by a treacherous cousin, not simply killed, but ensanguined, bled to death, I cannot guess.  Yes, I fell for the twist in The Murder of Roger Ackroyd.  Yes, also  Gone Girl, Shutter Island, “The Lottery”.  But I recovered from surprise quickly in those cases; I still smell the copper pools of Robin Hood’s blood lo these many years.

Perhaps I should thank Pyle for preparing me for a lifetime of loss and betrayal; maybe I needed Robin’s death to inoculate me against sappy frivol and fantasy.  All I can say after all these years is that the books I met as a young person are still with me, for good or for ill; they travel with me, more vivid in my memory than the days in which they were read, always at the edge of recall.  Oh, and if you think the 500 Hats of Bartholemew Cubbins is pretty snappy, take a look at James Thurber’s The 13 Clocks, in which the dangerous Duke admits, “We all have flaws; mine is being wicked.”

Once upon a time, in a gloomy castle on a lonely hill, where there were thirteen clocks that wouldn’t go, there lived a cold, aggressive Duke, and his niece, the Princess Saralinda. She was warm in every wind and weather, but he was always cold. His hands were as cold as his smile and almost as cold as his heart. He wore gloves when he was asleep, and he wore gloves when he was awake, which made it difficult for him to pick up pins or coins or the kernels of nuts, or to tear the wings from nightingales.