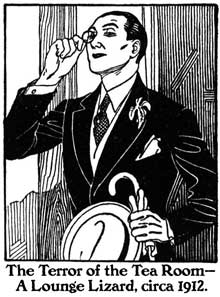 The nouns reek of disapproval.  Turn them into adjectives, however, and  Hey Presto sort of ok.  If a guy is caddish, is it the “ish” that pulls back some of the disapprobation?  Boorish, Loutish, Oafish?  Moving into the merely unappetising.

Piggish, brutal, and beastly still sound pretty bad, but Pig, Brute, and Beast, much worse.  Actually, as I write this, it sound like a law firm.

I’m interested in the words we choose to use in describing the world about us and increasingly interested as I am made aware of the subtlety and precision with which other languages operate.

English is a good language; don’t get me wrong.  I like it, use it every day, and it has a lot of words. about a quarter of a million give or take, reckoning that a bunch fall out of usage and new ones pop up like acne in middle school.   Shakespeare is credited with inventing more than a thousand words and phrases, of which “hoist with his own petard” is undoubtedly the niftiest and least used, whereas “heart of gold” and “faint hearted” seem obvious, dare we say inevitable?  Combination words such as “mumblecore” appear with regularity, attaching an action (mumbling) to a group (a core group of actors who speak indistinctly).  New words that describe what we do and feel in terms of the implements we have invented have immediacy now, but who knows how long words such as “googling” and “facebooking” will serve a purpose?

Of the 6,912 languages in current use (516 are threatened with extinction as of 2/10/19), the language with the fewest words, Taki Taki, spoken in Suriname, has 340 words.  Now that’s a streamlined language.  Do we need all our hundreds of thousands of words cluttering up our attempts to communicate with clarity?  I’m going with, yes we do, because it seems almost any mangled relationship, small or large, comes down to miscommunication or misinterpretation.  A ridiculously huge number of mangles has brought the #MeToo and #TimesUp movements into the conversation challenging us to find the right words to describe the malefactors we meet.

As it is more than evident that “No” apparently means “Whatever” to a subset of bipeds still preying on women, the various varieties of male slimebag (is that the right word?) provide a window into where language works and where it fall short.

The far end of the spectrum stakes out territory fairly quickly.  A rapist is a rapist is a rapist – no obfuscation allowed. We can add abuser, violator, assaulter, despoiler – essentially the Cosby/Weinstein level nouns, those who need to be in prison.  It’s the other end that need some linguistic attention, and that is today’s puzzlement.

The title of the piece, Lounge Lizards and Lotharios, refers back to a simpler time, when men were fascinated by women but stopped short of pressing themselves upon them.  The stakes are much higher now, and the qualities once seen with some wry amusement no longer seem relatively benign.

Lotharios were selfish and manipulative, entirely reprehensible, but just … just within the boundaries of civilized behavior.  They were seducers, enticing women to relationships in which they were taken advantage of.  Jane Austen knew them well;  George Wickham and John Willoughby almost pull Elizabeth Bennet and Marianne Dashwood into truly disastrous errors of affection.  Without pulling punches, Austen makes it clear that the seducers may suffer a few dings in terms of career, the seduced end up on the street selling matches, or worse.

Ah, the Lounge Lizard, reptilian, perhaps, but essentially a wannabe Lothario.  The “Lizard” frequents the haunts of the rich and foolish in the hope of attracting a flighty heiress or foolish widow.  Lotharios might come in any shape or size (Austen’s were all in great shape), but the Lounge Lizard has to be handsome enough to snare a prospect with no more than a smouldering glance at the hunt club.

Are there terms that signify what might be termed “interest” without implying harassment?  It’s not easy to find them as lines get crossed pretty quickly.  I’m inclined to use the word “flirt”, although I am aware that the term means something very different for men than it does for women.  If a man flirts, is flirtish, is flirty, the general tone of the term is playful, expressing attraction without threat.  Mostly.  The term generally assumes that flirtation is, if not consensual, at least not entirely unwanted.

When the term is applied to women, the stakes go up.  Not fair, of course, but a flirting female may be termed a coquette, which is to say, a woman who feigns interest in order to get attention or admiration.  As far as I know, there is no male equivalent of coquette; apparently men get attention and admiration in different sorts of posturing.  Not sure about that one.

Upping the stakes one more notch, female flirts may also be seen as various varieties of tease, someone who is provocative – “look but don’t touch”.  There are so many imbedded and unfortunate attitudes in that definition that we may have now reached the point at which words fail us.  If a man were to say, “look but don’t touch”…?  Would that be provocative?  Would that incite retributive behavior?  No, the scales are definitely out of whack here.

The which leaves me with but one final term to consider, and it is one that I have never personally encountered.  It is clearly not ok to call a girl or woman, boy or man, “a tasty bit of crumpet”.  What’s the impact, however in adding modifiers as in  “the thinking man’s/woman/s crumpet”?  Benedict Cumberbatch is apparently a thinking woman’s crumpet, whereas Helen Mirren is the thinking man’s.  I have to admit complete bafflement here.  Welcome compliment?  Odious objectification?

Your call.  Operators are standing by.

2 thoughts on “Lounge Lizards, Lotharios, and the Thinking Woman’s Crumpet”