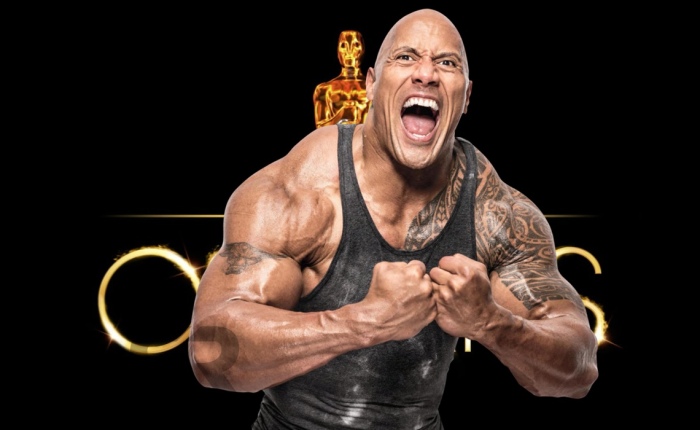 Loyal readers will recall that I once spent an evening with Arnold Schwarzenegger during which I measured the span of his neck, chest, and biceps.  I took his word with regard to thighs, calves, and glutes.  The which is to say, I know my behemoths.  Arnold (I touched his chest; I get to call him by his first name) is an impressive specimen, and,  as this piece has to do with things political, that reasonably respected former governor of the fifth largest economy in the world currently stands alone as a verified hunka hunka man muscle with political acumen.  That, by the way, is not a sentence I expected to find its way into my collected works.

Even at his most robotic, Schwarzenegger was an engaging actor, far more personable than the earlier icons of beefcakery, capable of charming and apparently effortless self-deprecatory humor.  That’s an important quality in a person of impressive size who could crush me like a grape; a sense of humor allows those of us who live in mortal bodies the chance to meet a man-mountain with respect rather than terror.

Now that the various enterprises of life have become permeable, as celebrities have become politicians and politicians have become criminals, in the post Reagan, and assuming a post Trump era, the demand for candidates with star power is certain to remain constant.  Does Tom Hanks have presidential gravitas?  Sure, and what a decent president he would be, bringing calming intelligence to the job, and he’s so darned nice.  On the other hand, while I don’t have the slightest urge to come at Tom Hanks , there are certainly those who would, as he is both reasonable and kind.  Celebrity is one thing; general physical enormity something entirely better it seems in an age of tribal animosity.

We are a nation divided, a world in tatters.  We once believed that what the world needs now is love, sweet love …  sadly, not in times such as these.  What the world needs, apparently, are testosterone addled, chest thumping troglodytes, from Rodrigo Duterte in the Philippines to Recep Tayyip Erdogan in Turkey.  Enthusiasm for a Michelle Obama presidency or an Oprah Winfrey presidency may still roil among wishful thinkers, but in order to bind up the ravages of partisan sniping, the only real solution, survey says, is the election of a gigantic, powerful, charismatic celebrity.  Yes, certainly, I am hoping for a person of color, but one so formidable that even those with the lynching itch roll over and beg for mercy.

Thus, consider Dwayne Douglas Johnson, born in Hayward, California in 1972, former professional football player, the two-time Intercontinental Wrestling Champion, Royal Rumble match winner, six feet five inches and two hundred and sixty pounds of artfully contained dynamite, among the most successful actors in Hollywood, benefactor of a foundation working with terminally ill children.  His films bring in billions of dollars annually, he’s been a Polynesian god in a Disney feature (Moana), reanimated G.I. Joe and Baywatch, and has worked with Kevin Hart in more than one movie, demonstrating his ability to put up with sustained and often incongruous chatter.

We’ve seen large men play cute, if the Hulk Hogan persona in Santa Muscles or Mr. Nanny can be described as cute, but Johnson has actually displayed palpable vulnerability in two roles, the second as Dr. Smolder Bravestone, archeologist/explorer in Jumanji: Welcome to the Jungle, arguably the best adaptation of  a board game in years.  Without getting into the fine points of the Jumanji universe, Bravestone is the avatar of a nerdy, panphobic, anxiety ridden, teen dweeb, whose character remains operative even as he is transformed into a spectacularly athletic man mountain.  I don’t know Dwayne Johnson; he may simply be a pretty good actor, but unlike many action actors, he is capable of expressing believable  hesitancy, modesty, and decency.  And, of course, he kicks butt as well.

The opus I want to highlight, however, may be Johnson’s least appreciated role, that of Derek Thompson, hockey goon, reckless enforcer, thrust into an unexpected persona as a result of his craven act of betrayal; needing cash he not only steals a dollar from his girlfriend’s six-year old daughter, but crushes her belief in the Tooth Fairy.  Talk about vulnerability!  Johnson begins the film Tooth Fairy as an uncomplicated jerk, contemptible and crass, only capable of transformation by transformation, as he is yanked to the tooth fairies’ headquarters, given wings, and turned loose on children who deserve better service.  Johnson is a lousy tooth fairy, commendably bad, but he sticks with the job even when forced to go to the black market for tooth compensation supplies.  Ok, a bit saccharine to that point, but the inner jerk reappears; he is angry and unkind all over again.  The mechanisms by which he is restored to warm humanity are clumsy.  I’m not suggesting this is must-see filmfare; I’ll just tempt the prospective viewer by noting that Julie Andrews plays the CEO of tooth fairies and leave it at that.

The point is that Johnson is willing to be unlikable in order to serve a higher purpose.  He could play the familiar doofy dad, clueless but well-intentioned, as Schwarzenegger did to great effect in Jingle All The Way, but instead allows us to see a darker challenge.  To be clear, Tooth Fairy is a less satisfying film than Jingle All The Way, if only because it lacks the presence of genius comedian Phil Hartman as the smarmy neighbor lusting after Schwarzenegger’s wife, an enterprise no sane person would contemplate.

Comparison of filmic characters aside, Johnson is a multi-ethnic (Black Nova Scotian Samoan), highly intelligent, eminently successful, engaging man of principle who has remained consistently humane while avoiding partisan posturing.  He is, essentially, a man for all seasons, and, if the times seem to call for assertive hyper-masculinity, President Dwayne (The Rock) Johnson is a far better choice than we might deserve.