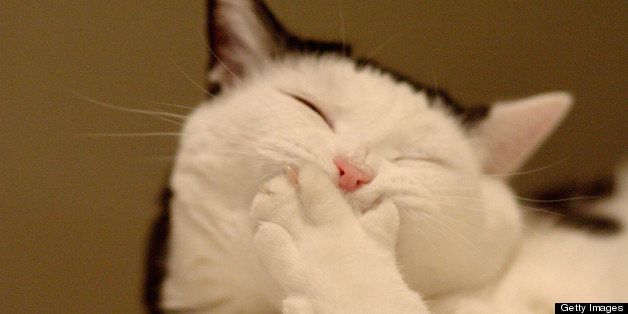 The challenge was to come up with a production that Broadway could not adapt and turn all jolly and holiday-appropriate.  Virtually everything seems fair game – Legally Blonde, Mean Girls, The Waitress, Moulin Rouge, 17 Again, Beaches, Spider Man, Archie, Beetlejuice.

Thus, my conviction that with time, even Silence of the Lambs will, like the death head moth, move from its larval resting place in filmland and emerge on billboards beckoning theatergoers to a musical encounter with Buffalo Bill and Hannibal Lecter.

I’m now in month three of trying to write a parody that is not relentlessly tasteless.  Not much to show for the effort:-

“I hear them in my sleep, the lambs I cannot rescue.

The rabbits don’t scream; they’re bleeding in the fescue.”

I spent some time imagining what Macy’s Thanksgiving Parade host Al Roker would have to say as the Buffalo Bill Skin Suit Balloon followed Pikachu and Buzz Lightyear, but it all seemed a pointless exercise until I began thinking about the nature of humor.

It’s clear than funny for one person does not amuse another.  I’m not talking about humor that could offend the sensibilities, or humor based upon the listener’s most carefully guarded inadequacies; there are elements in every life that are out-of-bounds.  No, I’m talking about relatively vanilla humor, lighthearted, jolly humor, puns, for example.  I happen not be a fan of the tortuously contrived pun, but I do admire spur-of-the moment witticisms.

Here are examples of puns that feel a bit contrived:

“The Past, the Present, and the Future walked into a bar.  Things got a little tense.”

Of course, even relatively mild puns can be offensive.  World War I vets would probably not enjoy this one:

“A soldier who survived mustard gas was a seasoned veteran.”

Does everyone have a sense of humor?  Do animals?

These are questions beyond the scope of this piece.  As are these:  Where does the capacity for humor come from, and is that capacity innate, developed, inherited, or acquired?  Do some people have a greater capacity than others?  Again, is that genetic or learned?  Rich stuff here for doctoral candidates in search of material to dessicate, but much more than I can contend with in the few minutes a casual reader gives to posts such as mine.

I don’t tell jokes, and I don’t think I’d do well as a stand-up comedian.  My idea of humor is as impenetrably idiosyncratic as the next guy’s, developed over years of exposure to a range of experiences, some of which were presented as humorous, and others which amused me more broadly than they should.  Slip on a banana peel?  Not funny.  Three Stooges correcting each other with hammers?  Well, yes.  Of course.

Once upon a time, in a land that exists only in clouded memory, there was a class of writers generally known as humorists.  Mark Twain was the first I encountered, although his brand of humor was less immediately impactful, depending as it does on the sensibility of a rational adult.  I was neither, but I knew he was presenting wry observations with considerable wit.  James Thurber, Robert Benchley, Dorothy Parker, Max Shulman, Ring Lardner, P.G. Wodehouse, Bennett Cerf, S.J. Perelman – all humorists, as are Dave Barry and David Sedaris.

It’s a noble calling and one that saved my tortured pre-adolescent, adolescent, and post-adolescent soul.  Writers of my ilk (that’s a funny word, no?  Ilk? … ok … maybe not … see what I mean?) cherish words and word play.  Playful, that’s us.  Whimsical at our most fey, satirical, ruminative, verklempt.   The bottom line is that I write the sort of frothy one-sided conversation that I’d enjoy reading, and since Wodehouse is no longer putting Bertie Wooster into uncomfortable tangling with titled relatives, and Benchley and Parker are no longer tossing off zingers at the Algonquin, I’ll continue to cough up keen observations as they arrive and hope I do little harm.

Here’s an example of the Bennet Cerf limerick and my own version – humorists of differing generations battling head to head:

“There was a young princess of Niger

Who smiled as she rode on her tiger

They returned from their ride

With the princess inside

And the smile on the face of the tiger.“

“A charming young man from Quebec

He sent this to me

OK.  Whimsy?  Nothing but!  Scans?  Come on!  Rhymes Quebec with Wuebev?  Check Plus.