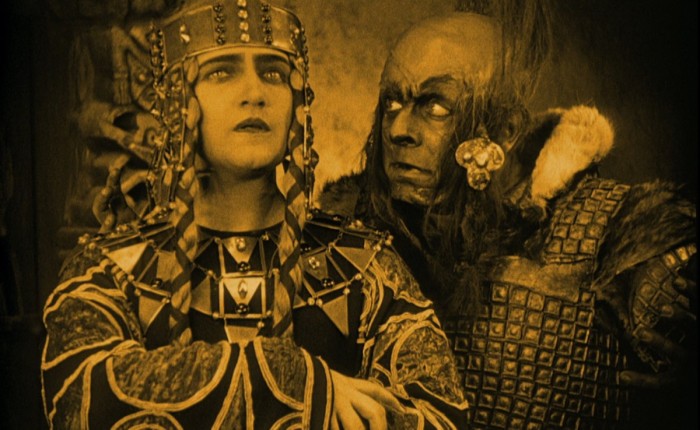 Day Five of the How Badly Can I Maul A Genre Tour.

I set out to write a Romance, failed miserably, again, and thought, what the heck, how about Historical Fiction (I majored in history for a bit), maybe a spicy Historical Fiction, maybe about a fairly spicy historical character. Maybe saucy rather than spicy. I was very fond of Mary Renault’s fictitious accounts of Classical figures, real and mythical. The King Must Die had lots of steamy interludes as Theseus found his way to Knossos, surviving a short stint as the proto-sacrificial consort of the Queen in a matrilineal society worshiping the Earth Mother, numerous Mycenaean hookups as a bull dancer Knossos Palace, and a terrifying bacchanal on a mountaintop in Naxos during which his then current squeeze, Ariadne, literally tears the heart from a lover’s chest.

Oddly enough, Theseus can’t get beyond Ariadne’s over-enthusiastic lovemaking and so saves himself (again, literally) for Hippolyta, Queen of the Amazons, who is a tough number but one capable of sustaining a life-long partnership with Theseus.

So, getting saucy and wanting to veer away from the more routinely visited historical eras, I went for a household name about which most people know relatively little: Attila. “Slightly to the right of Attila the Hun”. I suspect that we use that phrase assuming that conquest of great empire bespeaks a conservative bent, whereas, it strikes me that those who hop on horseback and essentially jog from China to Italy have a fairly well developed spirit of adventure, surely enough to carry out the sorts of randy romping this genre demands. There are no actual portraits of Attila, which leaves lots of room when get to the saucy parts, and there’s not even consensus as to what reltations of the Huns still exist.

My Attila jumps from the pages of the Nibelungenlied, an epic poem written in Middle High German in about 1200, a rollicking tale introducing Siegfried, Brunhild, Gunther, Etzel, and Kriemhild, later retold in Wagner’s Der Ring des Nibelungen, the four part opera that makes the Lord of the Rings seem a cheesy short story. The Nibelung in question is a dwarf named Alberich, the tussle over the ring dramatic, but the heavy duty drama arrives with family issues as Kriemhild’s true love, Siegfrid, gets iced in a plot involving her own brother, an icing for which Kriemhild will find vengeance by marrying a visiting war lord, Etzel (a.k.a. Attila), whose Huns go to town on Gunther and the Burgundians. It’s not as great a moment for Kriemhild as she had hoped as she is bisected by a single sweep of a sword, a sword so sharp that Kriemhild believes herself to be uninjured until she bends over to pick up the ring in question and literally falls to pieces. Two pieces.

All of that arrives after Kriemhild and Etzel find love, marry, and have a son (who will be beheaded, but that’s not really part of this conversation, is it?). Here’s the romantic schlock, for your approval.

“Etzel, conqueror of empires, master of legions, scourge of the West, was on this cold evening merely a man, a man trapped in his own legend. He sat at the head of the great table, goblets of gold spraying sheets of wine as the raucous company slammed the heavy table again and again. Most used the butt end of their knives, some the flat end of their war hammers. The room thundered with the songs of victory. The Huns drank deep, hardly pausing to shove great strips of meat into their gullets, singing with tuneless gusto nonetheless. Etzel’s chest and forearms were speckled with blood. Although the heat of battle had left him, he continued to clench his fists, recalling moments in which he had taken the lives of men he had never known.

He saw the men in his command, men who had travelled the width of the world with him, roar stupidly and stumble drunkenly; in that moment he felt a solitary distance from them and from their revels. Hollow victories had grown routine; there was nothing in the world left to conquer. A tall sharply featured woman sat with the Burgundians, a woman who seemed carved of ice, whose gaze held the room in flat contempt. In an unguarded moment, Etzel let his face fall revealing the depth of his isolation, and in that instant, Kriemhild saw him as no other had and loved him as no other would.

Burgundian lords and ladies watched in disgust as Etzel’s warriors wiped greasy mutton across their chest, happily spitting chunks of flesh into the air as they caroused. Gunther and Brunhild sat stony faced as the revelry grew more and more frantic. Glancing at his sister, Kriemhild, Gunther mouthed, “Look at the pigs” while pretending to smile in appreciation of the Huns’ antics. Kriemhild missed Gunther’s disapproving pantomime, however, as she locked eyes with Etzel, her lips parting in a breathless gasp of desire.

In an instant, the there was no sound, no blur of drinken victors toasting each other. For Etzel, there was only Kriemhild, the petal soft folds of her womanhood singing to him across the room as the hard pulse of his arousal drove every other thought from his mind. Without a word, he stood, swept aside the stumbling Huns who attended him, and strode to Kriemhild, now standing tremulously at the far end of the hall. With each step the raging heat of his ardor grew with such intensity that the skin across his face grew taut.

“Etzel”, she croaked and rose to enfold him in her embrace. “Kriemhild, my sweet kugel, a dish I first encountered as I completed the ravaging of a shtetl in Belarus, like mac and cheese baked in maple syrup, the kugel, I mean, not the village.” “Etzel!” Her nostril flared with unhinged desire. “Kriemhild!” Sweat rose along the low hairline a few millimeters above the dense thatched palisade which made up Etzel’s eyebrow. “

Modesty demands putting some distance between the ourselves and the randy couple. I could linger, examining each tortured groan, each exhalation of ecstasy, but as the characters are both fictional and somewhat hastily drawn, let us leave them to whatever disportment the moment allowed and once again bring perspective to the exercise.

I can’t sustain a romance of this intensity for long, and so add the historical romance to the growing list of genres I pretty much need to avoid like an aggravated case of shingles. Next stop of the tour of unlikely projects?

Time Travel! See you then, or saw you then … see what I mean?