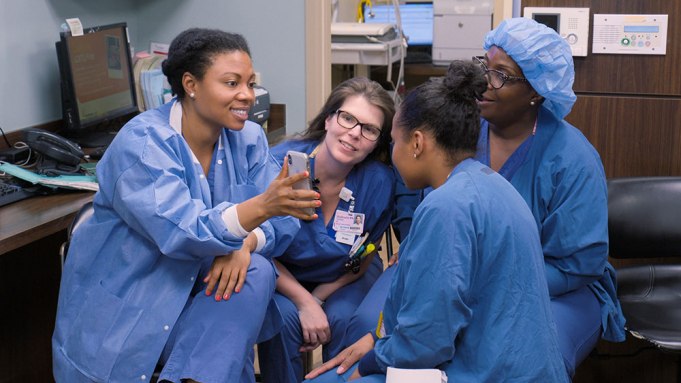 I’m privileged.  No one I know has been hospitalized, ventilated, or died as a result of contacting the coronavirus.  I’m privileged.  I live in a small rural town in a state that has taken reasonable caution in mandating closure of businesses and schools, limiting the number of people who can attend events indoors, and requiring the wearing of masks as we shop.  I’m privileged.  My sector of the nation has flattened the curve.

My wife and I have been distanced since early in March, expecting a federal state of siege as the death toll in New York mounted so quickly that there was no place to put bodies. That never happened, but we live in a new reality, adapting to the strictures of life apart from our children and our friends.  We’ve developed interests postponed, read the books we meant to read long ago, and watch the shows suggested by those who know our tastes.  We stumbled on Netflix’s Lenox Hill, an eight-part documentary following neurosurgeons, emergency room MDs, and a pregnant resident in obstetrics at Lenox Hill Northwell Hospital on New York’s East Side .  We had no particular expectations in starting the series; medical documentaries are often informative but dry.  Lenox Hill is anything but dry.  We came to know and admire many of the physicians and to mourn some of the patients.

A ninth episode was added, however, that should be made mandatory viewing in every city, town, school, and church.  The documentary crew stuck with the physicians as Lenox Hill was inundated with the first wave of Covid 19.  Those who have come to know the staff of the hospital will be affected by the demands made on them as the virus transforms the hospital.  In watching only the last episode, even the most cynical and partisan coronavirus denier will see a city experiencing plague. Aware of the risk they face in attending to patients as the virus delivers an astonishing daily death toll, health care workers strap on their masks and lean into the critical care that only they can provide.  They have parents and children and friends. They ride home in empty subway cars as the city scrambles to find places to put the bodies of those who have died that day.  These lives on the front line are meaningful lives, rich lives.We can call them heroes and think of them with admiration but as this last episode plays out, the grim reality of their courage hits home.

We can’t assess the cost to a nation in which a major portion of the citizenry is living in quasi-hypnosis, purposefully mislead in the midst of a pandemic.  We, our children, and their children are betrayed by the relentless venality of those elected to secure our well being.  Even as the third wave of infection surges in states determined to ignore the warnings offered again and again, we will enter into autumn and another season of contagion.

I sit in my quiet rural town, privileged not to have been touched by death in these days of plague.  I number heroes among my friends, the courageous few who step into the mess and do what they can.  This virus is no hoax; this pandemic is not a political football.  Watch the documentary, wear a mask, and thank the universe for people who keep us alive.