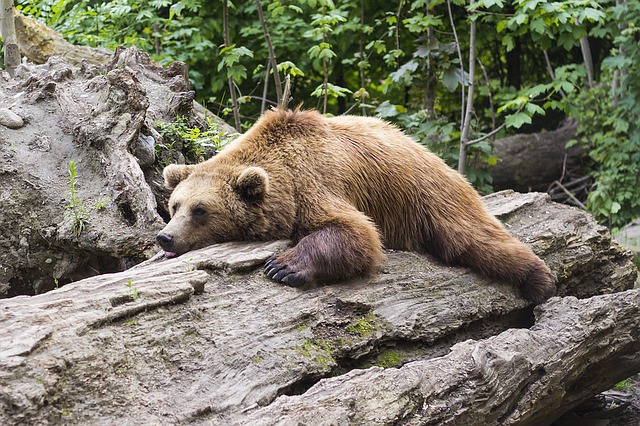 Here we are in the first stages of post-covid overtures to normality and feeling a bit Rip Van Winkleish. Seriously.  Do any of us actually have a firm grasp of time spent away from the world?  It’s been a long hibernation.

Ask any bear; hibernation is full of good news and bad.

The good news about hibernation is isolation from all the pesky issues that trouble us in our waking lives.  Remember that guy we ran into every morning at the coffee shop?  You know, the guy that shared the ending of novels and films at full volume?  How about the woman who works in the office next to ours?  We have seen her every day for fifteen years as we wait for the elevator to arrive.  We know a lot about her and her family.  We are almost friends, but we’re not sure if her name is Prudence or Priscilla, and it is much too late to ask.  Great movies are about to be released.  We don’t have to spend a hunk of change to sit in front of the sisters who smell like cabbage discussing their mother’s crusty skin issues while a baby squirms and yowls in the  lap directly behind us.  Unlike our friends the bears, we might not have lost the extra ten or twenty pounds in hibernation.  In fact, we’ve been loosening the drawstring on the old pajamas as we checked in on Zoom, and nobody knows or cares. Haven’t paid a dime for gym membership and don’t feel guilty. Watched the entire 327 episodes of Supernatural and don’t feel guilty. Haven’t cleaned the house since March, 2020 and don’t feel guilty.

One piece of bad news about hibernation is that we were immersed in a thousand enterprises that in the past we had no time to investigate or feel concern about. Had we spent 20 hours a day doom scrolling before Covid? Did we have a TikTok account or even know how to access TikTok? Could we have named the 32 species of orchids that went extinct last year? Would we have known that Kanye West’s bid for the presidency was endorsed by Elon Musk or that West gave Kim Kardashian a hologram of her dead father?

More bad news about hibernation comes around now, as we’re thinking about dropping the mask and watching the high school band march in the 4th of July parade.  When, exactly IS the 4th of July?  Time stopped, or got flattened sometime in the last year.  Has it been a year?  We did Christmas, right?  Right?

And, bottom line, we’re about to enter the company of humans we haven’t seen since … whenever that was.  Do we shake hands?  Hug?  Tug at our forelock?  All the social cues we had spent a lifetime acquiring are in question.  How close is too close?  Do we need to see a vaccination card before breaking the six foot bubble?  And then, what do we say?

Long time no see?  Whatcha been up to?  How ‘bout those Mets?

Politics?  Off the table.  Who knows who has subscribed to what core set of improbable beliefs having to do with demon spawn in yogurt.  Health?  Also tricky.  In the best of times a health inventory makes for sluggish conversation.  In these troubled times, who knows what sorts of  medical events have transpired.  Finance?  Uh, no.

I travel in several circles, some of which are ordinary, reasonably clever people, interesting in their own right but not much given to reading widely..  Seems to me I’m on pretty safe ground asking what they’ve been watching on Netflix, or Amazon Prime, or in my case, Acorn. The doors open wide and quickly.  During the past year (or whatever), some strong emotions have been attached to our virtual life on the couch.  Tiger King?  NXIVM?  Woody Allen?  How do we feel about Teenage Bounty Hunters being cancelled by Netflix?  Betrayed, right?

The reading folks I once knew, whenever that was, are likely to have taken on the authors they had always intended to read.  I’m reading a lot of Japanese novels in translation, but I remember reading pals talking about the Russians, or Rushdie, or Kafka, or Proust.  We’ll see, won’t we.

And, should all else fail, who hasn’t watched at least one season of the British Baking Show?  That ought to keep the conversational wheels turning for a while.

Then, shaking hands, or not, hugging, or not, we hustle home to watch Mare of Easttown or All Creatures Great and Small, or Survivor, and breathe a long sigh of relief in having found our way back to our solitary cave and a pair of forgiving pajama bottoms.