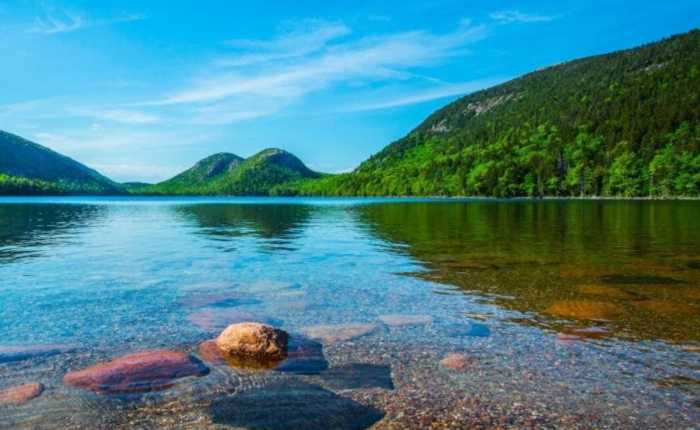 Maine is celebrated for its rocky coastline, fisheries and lobster traps, and ruggedly stunning islands, one of which, Mount Desert Island, has famously welcomed families of enormous wealth and power. Much of Acadia National Park on the island was donated by John D. Rockefeller whose elaborate summer home is among those built by J.P. Morgan, Cornelius Vanderbilt, and the Astors. The town of Bar Harbor and communities of Northeast Harbor and Seal Harbor, located on Mount Desert, have long been a refuge for the most prominent families from the steamy confines of Boston, New York, and Philadelphia. In what might have seemed a curious impulse, Mount Desert is also the home of College of the Atlantic, a remarkable educational innovation, unique in its mission and uncommon in its ambition.

COA was founded in 1969, one of the last of the wave of experimental colleges that swept the end of the decade and one that has remained true to the vision of its founders. Today, almost four hundred students live and study on a thirty-seven acre campus overlooking Frenchman’s Bay; they are all engaged in the study of Human Ecology, the college’s only major. Well, that’s not entirely true, or at least not completely true. COA describes itself as a liberal arts college in which all students design their own major examining a range of areas of study, from Molecular Biology, Climate Change and Energy, Farming and Food Sytems to Literature and Writing, Mind, Meaning, and Consciousness, Gender and Identity Studies and a dozen other areas. The college identifies the 100 or so entering students, prospective majors in Human Ecology – “Currently seeking 100 points of view”.

This is one instance in which you might actually get the best of both worlds.

“Maine has between 4,000 and 6,200 islands depending on who’s doing the counting.” Students get their feet wet (hah) through the college’s Islands Program.

The extraordinary setting and natural resources make the college a living laboratory and a superior learning environment for those who think it is great to work in Acadia or take an hour-and-a-half boat ride to Duck Island, one of the college’s research stations, a twelve acre preserve protecting the largest breeding ground of Leach’s Storm Petrels and Black Guillemots. If marine mammals are your preference, you can scoot twenty-five miles to Mount Desert Rock which offers a window into the world of whales, dolphins, and porpoises. If you don’t know the difference between dolphins and porpoises, you probably need to enroll right away. Any description of resources available to students at COA has to include the world-class biological research facility, the Jackson Laboratory, one of the leading areas of research in Geonomics, Mammalian Genetics, Cancer Research, and Neurological and Sensory Research. Recently, the college added a wilderness outpost in Northern Maine. North Woods Ways is a traditional skills wilderness winter academic base camp. Other less academic adventures include the Bar Island Swim.

So, to make the picture a bit more complex, COA is a small (350 students) college located in a fabled Maine holiday destination next to one of the nation’s most powerful research facilities. My own impression of the COA experience leads me to describe the college as an intensive professional school with considerable interest in the liberal arts.

Without majors, the distribution requirements in the college are separated into three areas of inquiry: Art and Design, Environmental Science, and Human Studies. Thus, even in this environmentally super-charged college, a student can develop concentration in Arts and Design, Field Ecology and Conservation Biology, Ecological Policy and Planning, International Studies, Literature and Writing, Sustainable Business, and Sustainable Food Systems.

The courses generally included in the Environmental Sciences are as one might expect, both comprehensive and marine sensitive: Organic Chemistry raises its formidable head, but so does Edible Botany; Introduction to Statistics and Research Design is offered in the same quadrant as the Art and Science of Fermented Foods.

Concentration in Arts and Design might introduce a student to a Visual Seminar in Photographic Syntax as well as a course in The History of Rock. Some courses are clearly conceptually based (The Reality Effect: Art and Truth in the 19th century) while others have a hands-on approach (Four Dimensional Studio Art).

Human Studies is concerned with the social sciences, of course, but the range of courses proceeds from Gender, Politics, and Science in Fairy Tales from the World to Philosophy at the Movies.

Chances are that students interested in the College of the Atlantic have self-identified as ecologically active; few arrive without having sustained interested in marine environments. The school is small and somewhat remote; Mount Desert is stunningly beautiful but about an hour from Bangor and about four hours from Boston … if you have a car. As a result, the description of student life is probably more significant than it might be in examining other, more conventional, opportunities.

It goes without saying that environmental activism is an important part of the experience at COA. The regular trips to field stations like the frequent monitoring of projects begun as part of the curriculum or as part of internships takes planning and considerable time.

The payoff? Night skies at the Duck Island station are spectacular, and apparently, the view of the sunrise from the station’s lighthouse is pretty remarkable as well. A Lunch break at Mount Desert Island includes a parade of whales breaching nearby. Yes, the environmental stuff is a huge part of life at COA, but so is recreation in the outdoors. The college’s outdoor program offers a fleet of canoes and kayaks as well as Rhodes 19 and Sonic 23 sailboats. Camping equipment is checked out daily, with lots of COA trips into the mountains and rivers of Maine. Wintertime? Still time for exploration and camping.

The college maintains several distinctive programs and facilities that are animated and directed by students throughout the year. In addition to classrooms, labs, and library, COA operates The Osprey, a research vessel and floating classroom. The George B. Dorr Museum of Natural History, once the headquarters of the Acadia National Park is now curated by students who design and prepare every exhibit. Beech Hill Farm is a working, sustainable, organic farm, also operated students, faculty, and farm managers. The college also operates the Peggy Rockefeller Farm, more than one hundred acres of pasture on Mount Desert Island. All electricity used on the farm is generated by solar panels, and the entire property is in the Northeast Creek watershed. On campus, the college maintains a garden, a greenhouse, a herbarium, and an arboretum.

Regular college fun? OK, slightly modified but definitely present. The residences (NOT dorms) are wonderfully diverse and rich in character. Collaborative living is at the heart of the COA residential experience, and, while there are Residential Advisors in each facility, the expectation is that all residents will be mindful of the needs of others. The closest thing to conventional dormitory is Blair/Tyson, essentially a group of connected townhouses with group kitchens and cedar sided ski-lodge exterior. About twenty students live in Seafox, an authentic and authentically quirky New England seaside farmhouse. This is the largest of the residences with a porch that looks out on the sea; Seafox is also designated as a substance-free dorm. Six students live in Cottage, a converted gatehouse, which, in addition to comfy intimacy offers the residence closest to the Bus Stop. The first building constructed as part of the college, Peach House, holds eight students and is also designated as a substance-free residence. Also substance-free is David House, a small carriage house welcoming five students. The newest housing on campus is the Davis “Village”, a complex of biomass pellet heated, solar powered, toilet composting small houses, separate from but adjacent to Seafox and the Deering Commons. The village is also designated as substance-free.

Students edit two publications throughout the year – Off the Wall, a student newspaper, and Edge of Eden, a literary journal. Open Mic nights take place in the great hall of the Turrets mansion, and a major cultural/social/musical/theatrical event of the year is “Fandango”, a talent show that raises money for charity while allowing students to perform a surprising variety of talents, from the choral presentation of Finnish folk songs to an authentic Maori dance. Fandango also allows international students to carry some aspect of their culture into the program. Roughly twenty percent of the student body comes from outside the United States.

Unconventional in its focus, serious in its commitment to changing the world as well as its students, the College of the Atlantic is unique. It is not for everyone, but if a star-spangled night sky, breaching whales, organic food, and cozy collaboration appeal to you, there is nothing more invigorating than the experience COA promises and delivers.

College of the Atlantic received approximately 525 applicants, from which 337 were admitted in order to enroll a first year class of 100. The acceptance rate in frecent years has ranged from 58% to 61%.

Scores reported for 25th-75th percentile ranged from 630-740 on the Evidence Based Reading and Writing subtest of the SAT and from 580-660 on the Math. ACT scores for the same group have ranged from 27-32. College of the Atlantic’s enrolled student population is approximately 70% female and 30% male.

The majority of applicants are from New England, New York, New Jersey, and Pensylvania. Approximately 64% are White/Non-Hispanic.