In one of my other lives, as a college consultant and author of college guides (America’s Best Kept College Secrets), I received a note from a reader, asking why his college, in this case Drew University, was not flourishing as other comparable colleges had.  Drew is in New Jersey, in a pretty town near New York City, but it hasn’t joined the ranks of “hot” colleges.  My first thought was to look at a few colleges that have bumped up a bit in the last few decades.  My own college, Kenyon, for example is considerably more competitive than it was only ten years ago.  Good things have happened there, but it is still in Ohio, which is not New England and not California.

My contention is that the tipping point for colleges like Kenyon, handsome enough, academically challenging enough, athletically successful enough, is that at some point, a critical mass of Kenyon sweatshirts begin to appear among the members of the Club.

It was easier to talk about the Club when I was in school.  Steven Birmingham’s best-seller, The Right People, identified the first families in every major city, the clubs and schools, and where they “summered”, summering being a verb pretty much only employed by people who summered in locations such as Newport, or Bar Harbor, or the Hamptons.  OK, slight digression.  I think the only similar verb used by the same echelon is the verb, “to lunch” as in, “Miss Otis regrets she is unable to lunch today.”

So, let’s consider the sweatshirt opportunities on a brisk evening (and the right people summer where evenings are brisk).  Where would a critical mass of Kenyon sweatshirts matter?  Here we go:

Nantucket/ Martha’s Vineyard.  I put the islands first, not because they are the most exclusive but because the self-selecting summer population turns over a bit more quickly than at some other spots (fair number of three-week visitors) and because a number of young people work on the island throughout the course of the summer.  They have connections, through family and school; they could wear the Cate sweatshirt, or the Groton sweatshirt, or the Andover sweatshirt, but they want to project a more “adult” persona.  Unlike some of the other summer destinations which may actually be more expensive, the islands project a breezy opportunity for colorful casual clothing that is undeniably preppy.  A college sweatshirt and a pair of Nantucket Red (or madras or seersucker) shorts is always the height of fashion.  As nifty, eminently presentable (blonde?) college kids emerge from the waves and cover their tanned hides with a college sweatshirt, they shine like a beacon to the college aspirants, and, more importantly, to the parents of the next generation of college aspirants. 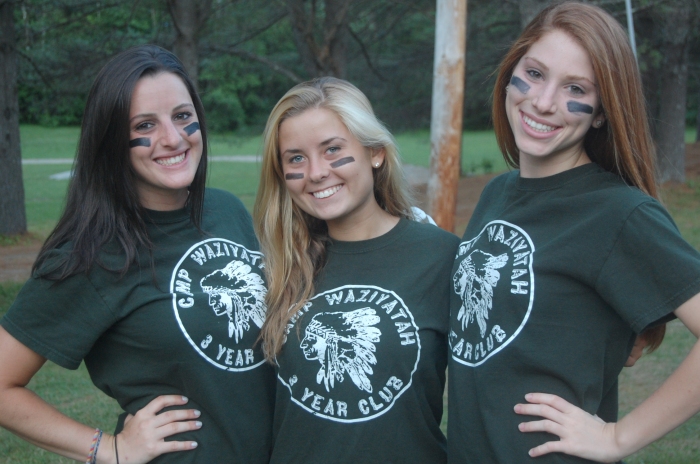 Can an ambitious college climb its way to giddy heights without the sweatshirt phenomenon?  Pitzer, Harvey Mudd, and Scripps, three excellent colleges have joined Pomona and Claremont McKenna as the entire Claremont cohort has become painfully tough to crack.  The colleges had been excellent all along, but now have the clout to spawn sweatshirts by the gross.  California has Stanford, USC, UCLA, and Berkeley but relatively few small colleges, and it is a huge state and awfully attractive in midwinter.  The Claremonts have long been reasonably well-known in  California, but Pomona and CMC hogged applications until fairly recently.  The University of Chicago has consistently been the University of Chicago, one of the most ambitious and challenging universities in the nation, but at times, its allure has been dimmed by the harshness of a Chicago winter and the harshness of intellectual combat.  Today, it’s among the most competitive; chances are it will remain at the top of the heap.  I’m pretty sure sweatshirts had very little to do with Chicago’s ascent.

Thirty years ago every college counselor knew that Washington University in Saint Louis and Carnegie-Mellon in Pittsburg were among the best comprehensive universities in the nation; without a lot of sweatshirt posturing, they’ve climbed to the first rank.  Many of us think equally highly of  the University of Rochester, but it has not yet become entirely sweatshirt worthy.  Washington and Lee remains consistently sought out without a lot of national chatter while Saint Lawrence, Hampden-Sydney and Sewanee, certainly among the preppiest of colleges, have not yet found a similarly consistent following, although their apparel is top-notch.

The University of Richmond took a big jump about twenty years ago, thanks in part to some extensive growth in its endowment; it’s a beautiful campus with some distinctive program, and shows up in enough Division I postseason play to identify it as a great option for someone who wants big time sports in a park like setting..  Similarly, Elon College is far more commonly recognized than it was even five years ago, perhaps due to the ambition of its athletic program; other colleges are looking hard at the “Elon phenomenon” in the hope of copying their success.

It’s tough to identify why or how a college  breaks out of its place in the pecking order.  I watch the annual survey of admissions statistics with some delight, hoping I’ll see the next newly discovered, hot college.  Maybe I’d learn more by hanging out and counting sweatshirts.