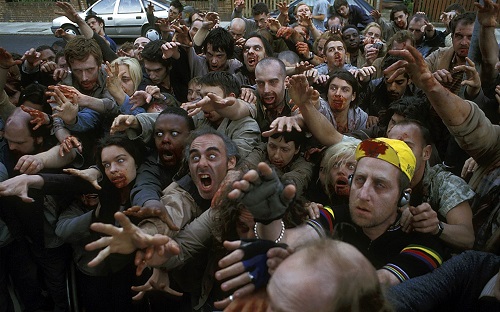 The appointment of Stephen K. Bannon, Chairman of the Breitbart News website represents a disturbing decision by Donald Trump, who has “advisors” but whose campaign is all about him, as all his efforts are.  Bannon and Breitbart send a strong signal, to the Republican Party and to Trump’s faithful.

A Breitbart Trump is a Trump thrusting a middle finger to the Party functionaries who have begged him to moderate, modulate, seek support from the center.  This Trump is kicking over the last barrier ordinary political strategy that might have restrained him.  Pundits wish there was more obvious strategic impact in the choices the Trump team has made; this campaign just doesn’t make sense to them.

Because they have their eyes on the electoral count in November.

It’s not about that for Trump anymore.

Donald Trump is narcissistic but he isn’t stupid; he knows what the numbers portend.  He is going to lose this election; he knows it, and he is not going to lose gracefully.  Every decision since the foot-in-mouth disaster of the weeks following the Democratic National Convention is about building the “I was robbed” narrative.  The campaigns were rigged, the conventions were rigged, the election is rigged.”

Where does a man such as Donald Trump go after the votes have been cast?  He’s had the full attention of the nation  and the world for a year, and he is not likely to step aside and allow Hillary Rodham Clinton get the attention she actually deserves.

To use an unlovely image, someone is going to piss in the punchbowl; in fact, there may be a whole lot of people lining up to add their own measure of contempt to the exercise of voting in a representative Republic.  Trump advisor, Roger Stone, has used the word “bloodbath” to describe the response of an outraged public if Trump is cheated of his victory, but the Breitbart folks have language of their own that it would be wise to consider.

We have weeks of campaign reporting ahead, poll watches and predictions regarding electoral vote; we will be stunned if Hillary Rodham Clinton is not elected President of the United States, but none of that has anything to do with the climate of free-form ugliness of spirit and provocation to violence that Trump’s campaign will unleash.

Unleash is the right term.  He has created a beast, hungry for vindication and unwilling to return to a polite resumption of business as usual.  We have reason to fear that the outcry will not simply be frustrated rhetoric, but a call to violence.  This losing candidate just may cry havoc and let loose the dogs of war!