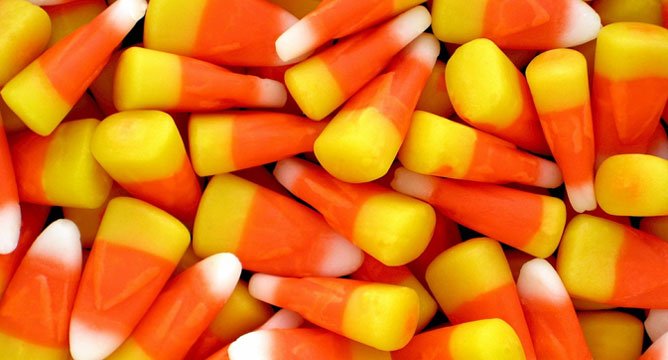 Against all odds I have been able to withdraw almost completely from my long-established reliance on  (NOT an addiction to) carbs and sweets of all sorts.

Do I have the fleeting dream of cookies packed with brown sugar and a stick of butter?

OK, often, but my days are filled with satisfying salads, intriguing salmagundi of fruits, and a cornucopia of meals almost entirely involving chicken in one iteration or another.  The occasional pang of deprivation is forestalled as I allow myself the occasional snack, a single square of dark chocolate.

But, I found myself in line at the market, head of lettuce in hand, checking out just behind a friend, who, in the spirit of the season, had grabbed two huge bags of the Halloween themed Tootsie Roll assortment.

In my ordinary life, I would no more buy a bag of Tootsie Rolls than I would gargle with dry ice, but, by way of explanation, the assortment was not simply a bag o’ rolls.  In what must have been the result of candy merger at the highest level, Tootsie Rolls, large and small and Tootsie Pops of various chemically augmented flavors were nestled with small boxes of Junior Mints,  Junior Caramels, Dots, and Mini Charleston Chews.  That was more than enough to jar me into sudden helpless pining, even as I responded with the (literally) visceral memory of having eaten bags of that size and larger, by myself, in the first day after Halloween.  Not a pleasant reminder of the wages of gluttony.

To be completely transparent, the bags in question were not trophies carried home from trick and treating; no, I lived in a candy wasteland as a boy.  These were the remainders of the three or four bags I bought in order to prepare for the parade of kids in costume.  The parade came and went, my movement activated shrieking zombie had the desired effect on children now scarred for life, and the proffered bowls remained almost full.

My breathtakingly level-headed wife suggested tossing the stuff out.  Reasonable but unlikely.  So, down it went, peanut butter cup after Hershey Bar, until the cloying glucose assault finally left me spent, on the couch transported by the infomercial for the cloth that absorbs an entire gallon of milk with one swipe.

The first phrase that springs to mind  might be, as a friend put it, “stupefied in an unseemly morass of excess”.

Today I am ok with my single square of dark chocolate.  Really.

I am left, however, with a fondness for holidays that is now bereft of gluttony.  How does a person of my age and station in life join in the macabre jollity of a holiday that is now primarily the realm of children and of teens with poor impulse control?

I could, of course, revert to the older, more authentic, entirely pagan rites and rituals surrounding the invasion of our fragile reality by the spirits, demons, and hobgoblins waiting to wreak a year’s worth of havoc on a single night.  “Double, Double” and all that.

Risky on every level and completely unmanageable should I inadvertently summon something nasty that wants my soul and my chocolate.

I could sport a costume of some sort and confess that I have been tempted to buy the full Sith Lord rig from time to time, but was so unnerved by running into a friend in costume last year, that I want to spare others the dislocation I felt.

A friend, a pretty amiable guy, admittedly given to odd japery, joined a group of us in discussion dressed as a fully tatted, clearly dangerous, Hell’s Angel.  It was the arms that fooled me.  He wore a vest and sported the kinds of fully illustrated “sleeves” I had become accustomed to seeing among serious bikers in town.  In addition, he had shoved a wig under a bandana and allowed himself a full six day’s growth of whiskers.  In retrospect, I have to admire his dedication to the role.

I’ve become accustomed to seeing all sorts and conditions of people in this small town, and his appearance would not have been uncommonly jarring had it not been for the whispering conviction that I knew this specimen from some other corner of my world.  Vampires, zombies, werewolves – all daunting.  But the shape-shifter, the transformed person, the child occupied by Pazuzu, witches appearing matronly, people turning into leopards, these scare me silly.

In the “real” world, we see the smile that hides menace, the lulling reassurance that brings  danger; there’s a part of our world-scan that reads the hints of deception.

So, when I saw my pal as a menacing stranger, my relationship with him shifted, just a bit.  Fool me once and all that.

I’ve taken this account some distance from the array of Tootsie products bagged for the holiday, but hope the rambling accounts for the curious compromises I’ve made this Halloween.

I’m not buying candy, not even wax lips, not buying cookies glazed with an orange  non-soluble starch, not buying cakes in the shape of ghouls.  I am not sending off for the Jack-the-Ripper dissection kit.

I have inflated Tigger, the vampire tiger, and have placed twinkling lights of orange and black in the windows.  There is still some question as to whether putting fake blood in the sprinkler system is a good idea.

Better check with my wife.