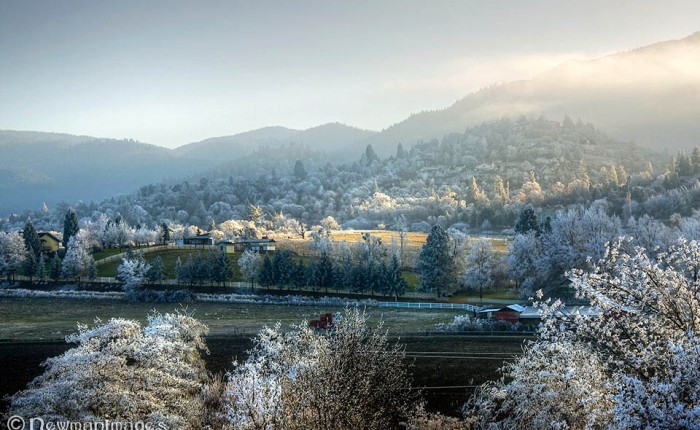 I write the last post of the old year in a corner of the living room.  I’m sitting in a small clearing, surrounded by the wrapping paper and cardboard boxes that still claim most of the floor.  I’m in the living room because the dogs are in the laundry room, adjacent to the kitchen.  They’ve been fed and had a jolly romp through the pasture, none of which contributes to their state of contentment or well-being.  All four dogs are border collies, which is to say, all four were bred to spend sixteen hours a day nipping sheep into various configurations and combinations.  There are varieties of border collies that have been poofed into caricatures of the breed in order to compete in beauty contests, but our pack, while lovely to behold, are rangier with a lean and hungry look.  These are working dogs currently under-employed, skilled in expressing their disappointment in the sloth this dog owner persists in enjoying at their expense.  It is the voicing of that grievance that pulls me into the living room, almost far enough away from the laundry room to ignore their importuning.

I’m not the Alpha owner.  That would be my wife, a practiced dog handler, dog trainer, photographer of dogs, and expert in almost all things canine.  I’m in the pecking order somewhere as the hand that feeds and the hand that scoops, but only slightly more important than their water dish.  I  do have a place in the nightly bedtime ritual, visiting each dog and providing affectionate tribute to each in turn.  The eldest, Jinx, is deaf and easily startled, so I approach her head on and work from her ears to the white blaze on her chest.  Rogue, the bossiest of the bunch, rolls on her back, paws bent in supplication, presenting her stomach for scratching.  Satch, largest male, doesn’t move when petted, but groans in satisfaction.  Banner, the wild child, likes to sleep in his crate, but slinks out, laying his head on my lap before trying to scramble his entire length into my arms.

Today the usual routine was slightly disturbed as one of the four, or perhaps all of the four, got into a garbage bag I had foolishly left out for disposal later.  Compared to the skunk attack on Christmas Eve, a spray of coffee grounds and a few mangled banana peels are hardly worth mentioning.  Someone got most of a chicken pot pie and another seems to have finished off the asparagus, none of which had any impact at all on their appetite as lunch hour drew near.  If there is blame to be tossed about, I’ll take it. The floor needed a good scrubbing anyway, and the fault clearly lies with the Beta owner who walked away this morning leaving a full bag of tempting garbage on the kitchen floor.

In addition, I was more than happy to be the designated scrubber as the Alpha owner had branched into yet another field of expertise.  For several days I had been mildly irked by a scratching sound that I took to be coming from the heating unit in the attic; irked, but not moved to do anything about the noise.  My wife, on the other hand, quickly decided that what I took to be the random clicking and clacking of the vents and ducts was, in fact, the scurrying of an invading creature or nest of creatures.

I’m inclined to live and let live, often moving spiders from the house to the great outdoors.  “I release you,” I say and watch them scurry back under the door jamb.  My wife takes home invasion seriously; after she heard the first set of scritches, she baited and set a trap in the attic and waited to see how many victims she could pile up in the course of a day.  Two flattened rats later the scritching was considerably lessened.  She’s convinced there is another one up there, and if there is, by gum,  my wife will find it, flatten it, and fling it.

I’m not dismayed by my tender heartedness, but I have made some notable errors of judgment in the attempt to rid ourselves of pests while meeting them with gentle termination, none more egregious than my decision to spare a band of invading rats in another home the indignity that arrives with the springing of a trap.  Much more humane, I argued, to use the newly invented rat glue pots, plastic tubs spread in the areas rats like to traverse.  The idea was, I guess, that the rat’s feet would be caught in the goo, immobilizing the rat and leaving him helpless so that a “kind” homeowner could pick up the glue pot, rat and all, and toss them both out, somewhere, away.  Had I thought about what would happen after an immobilized rat was pitched into the field behind the house?

I’m pretty sure I had not.

I had also not thought about how a rat would manifest its disapproval if partially glued to a plastic dish in our bedroom.  I certainly did not anticipate the rat leaping from the floor to the desk, hitting every key on the computer before leaping toward the window.  Unable to negotiate a clear path to the window, the rat (and glue pot) careened around the room until it managed to lug itself over the sill and out the window.  Landing in a bed of gravel, rat and glue trap continued to make a statement throughout the night.

No invading species has tumbled to the ground recently; the rain has pretty much let up, and I can take the dogs back outside for one more outing in which I pretend to be a recalcitrant sheep.  I’ll have a new episode of the Great British Bake Off by this evening, and our New Year’s celebration will include two out of our three children.

Among my gifts this holiday was a pair of socks.  They’re comfortable and useful, and they are emblazoned with the phrase, “I am grateful”.  I sit here, looking back at a year filled with gifts of every sort,  wiggle my socks, and wish my readers abounding good fortune in the year ahead.