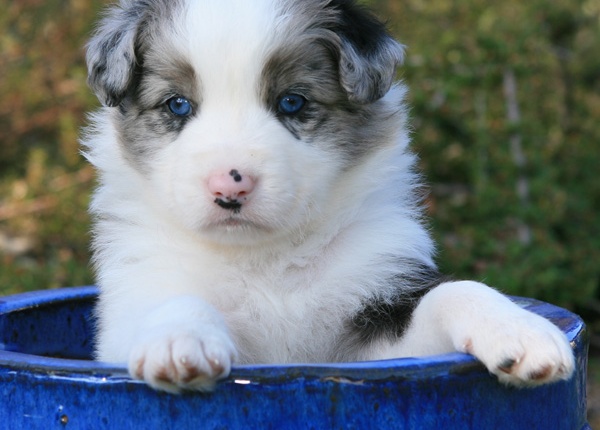 I’d been teaching for about five years, knew it all, and had generally buffaloed my way through my first three jobs, blissfully unaware of my self-satisfied hubris.  I’d left the doctoral program in Education at the University of Massachusetts – what did they have to teach me about teaching? – and had finished grading exams and brilliantly describing the deficiencies of my students in the end-of-year comments.  The summer was mine to do with as I pleased, so I had nowhere to hide when my son’s preschool asked me to be a judge at the annual pet fair.

The pet fair was a very big deal.  The school was in the northwest corner of Connecticut, leafy farmland and forest in the foothills of the Berkshire mountains, an enclave rife with artists, musicians, and actors; activities such as this felt improvised, but the energy and talent that fueled the enterprise reminded me that we were only an hour-and-a-half from New York City.

I was ready to start studying breed standards when the school’s director called us together and reminded us that every entry would be given a blue ribbon; it was up to us to find the attribute that distinguished each entrant.  On the day of the fair, the other judges phoned in their excuses.  One had a call back for a Broadway show, the other was filming in Athens.  I had a pressing engagement at the Bradley’s in Winsted, so …

I stood next to a table piled high with blue ribbons, each with a white square left blank within which I was to write the appropriate categorical victory.  I had a black marking pen and no plan of action.  Kids arrived with rabbits, ducks, two ponies, hamsters, cats, a goat, parrots, dolls, goldfish, stuffed animals, and a very wide assortment of dogs.

The idea had been that they’d circle before the panel of judges, giving us time to confer and establish the critical parameters of our judgment.  No other judges on duty,  virtually none of the pets were interested in circling, and fully two-thirds were not capable of organized movement of any kind.  Now,  left to my own devices, I had to come up with Plans B through Z and start dishing out ribbons before kids and pets mutinied in the heat of an uncommonly sweaty afternoon in June.

By the end of the afternoon, I’d handed out a boxload of ribbons and exhausted my powers of invention, but I’d also discovered something about myself that I had been too glibly sure of myself to recognize.  I was the teacher I had been because I had been taught by the teachers I had known, all of whom were really good at identifying what I couldn’t do well.

Maybe their language was different in responding to better, more motivated students; my academic reports pretty much sounded the same from fifth grade on, regardless of subject.  I was never surprised by their assessments;  I knew I wasn’t good at the skills I was expected to master.  I wasn’t good at them in fifth grade, and I wasn’t any more proficient by the end of the twelfth grade.  On one hand, points for consistency.  On the other, years without improvement spoke volumes about all of us, assuming that this enterprise had been a shared adventure.

But it had not been, and in recognizing that there had not been mutuality at any point along the way, I resolved to become at least as inventive and responsive a teacher as I had been a pet fair judge.  If I’d been able to see something distinctive in every pet.  If I’d been able to identify what they offered rather than what they lacked, it seemed I should be able to begin my work with each student by actually seeing them, without rushing to judgment.  I was lucky in that I also coached a sport every afternoon, and in coaching figured out how to design practices that aimed at the development of particular skills, development that began with an understanding of each player/student’s strengths.  It doesn’t do a player much good to hear a coach say, “Hey, you didn’t hit that ball.”  Pretty much understood without the comment and not much new information available should a player hope to improve.

I started actually teaching that fall, when the challenge for me in the work we did together was not about my acuity in describing deficiency but in my willingness to try everything from Plan B and beyond in order to connect each individual’s gifts to the appropriate next set of skills to be mastered.  A few years later I got involved with teaching the 4MAT method to teachers, explaining when I could that it might be helpful to imagine that there are at least four significant and significantly different ways in which students approach learning.  I won’t go into the 4MAT idea in detail, but I’ll pass on two of the examples I used to attempt to convince teachers that not all students learn the way we were taught by teachers who pretty much learned the way their teachers taught them, recognizing that, with some exceptions (me), most teachers are people who liked school and did well there.

I’d ask what sort of person they’d like to have running their school.  The choices?

An attentive, friendly Principal who clearly cares about you as a teacher and as a person and who connects with you on  a personal level.  Or … a highly competent professional whose education and previously held positions clearly indicate a superior level of preparation and whose first objective is the presentation of well-organized information about the teaching of your subject.  Or … a problem solving, practical and well organized hands-on expert on the financial and technical support of schools and teachers who makes sure that you have an effective place in which to teach.  Or … a creative, energetic, charismatic innovator, eager to embrace change and  supportive of new ideas, willing to shake things up just to get rid of the cobwebs.

Each of the options is good; some are better than others for some people.

Taking a short detour to Mt. Rushmore, for example, we find Abe Lincoln, eminently human and humane, gifted in crafting personal connection, empathic, compassionate, an extraordinarily good listener, accessible despite his stature and elevated position in society.  Thomas Jefferson has his place as well, a scientist, architect, man of letters, founder of the University of Virginia, author of the Declaration of Independence, pretty much the ultimate brainiac.  There’s practical George Washington, an engineer, surveyor, military tactician, man of action and successful businessman, competent, steady, responsible, not given to flights of fancy.  Finally, we find the surprising fourth, Teddy Roosevelt, sometime biologist, occasional cowboy, pugnacious pugilist, conservationist, crusading politician, unpredictable, charismatic, energetic, and unapologetic.

It’s pretty much the same for each of us as learners.  Some of us need connection, need to know how the skill we’re attempting to learn connects with what we see as important – why we are learning.  Some of us need as much information as we can grab from the most authoritative source and need to know what we’re likely to be tested on – what we need to know.  Some of us need to get our hands dirty and work things out for ourselves, taking the darned computer apart – how things actually work in the real world. Some of us need stimulation, variety, change, and the opportunity to get creative – what if we looked at the entire subject differently.

students are my age; we’re all in the same happy boat.